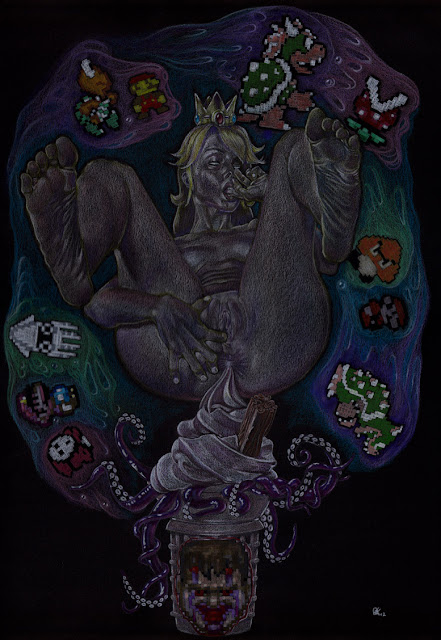 Zelda was mostly the only game I played on the Nintendo when I got my hands on the console, there were others but they didn't mean as much to me.
But after watching "The Wizard" it all changed and Super Mario 3 was all I could think about.
Until I saw Doom2 on a friends computer, I thought games could only be innocent, sure there was shooting and blood on the nes and snes,
but not like this, not as dark and chilling.

This drawing pretty much sums up my desires at the time of drawing it, gaming smut and Ice cream.
Posted by Dale at 16:28