The process of the hairy blonde, Peaches 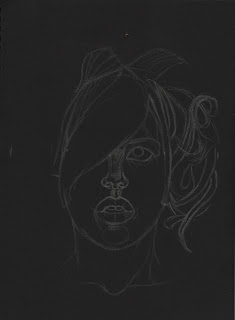 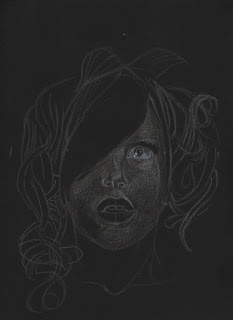 I wish I could go on about planing, but there is none, when I was almost finished I decided to throw the crown on her and have her as "Peaches," then completely forgot about it.
I was going to put a 1up mushroom in her chest and get all Mario up in that sky, but in the morning when i continued on it i put in goldfish, completely forgetting about the whole peach plan from 4am the previous night. Usually i would put in some marking as a path to follow but i assumed i would remember an idea like "Peaches" sadly there is no going back when using prismacolor.

But from the beginning i did want to do a lot of hair, and have a "nice" drawing. 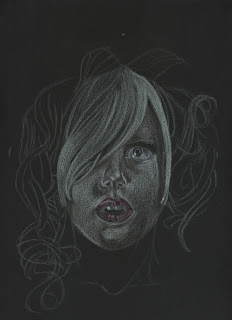 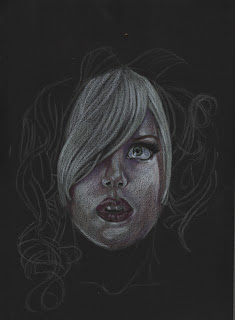 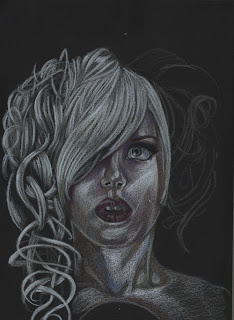 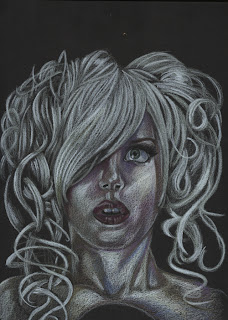 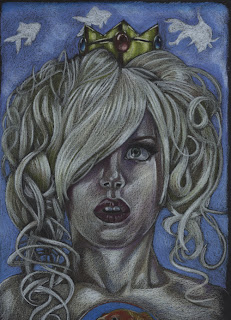 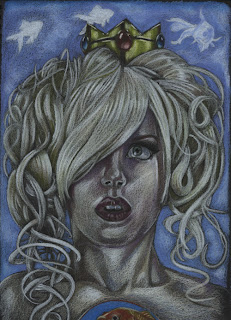 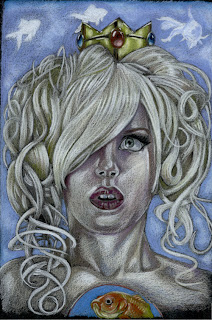